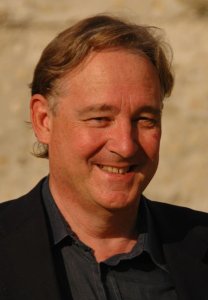 Professor Andrew Wallace-Hadrill, OBE, FBA, FSA is Professor of Roman Studies and Director of Research in the Faculty of Classics at the University of Cambridge. He was Director of the British School at Rome between 1995 and 2009, and Master of Sidney Sussex College, Cambridge from August 2009 to July 2013. He will be familiar to many people as the presenter of television features about Herculaneum. It will be both a pleasure and a privilege to welcome him to New Walk Museum in Leicester on Thursday 10th March, 2016 to present the W. Alan North Memorial Lecture.

When he was a teenager, Professor Andrew Wallace-Hadrill visited Italy and became fascinated by the ancient Romans and the remnants of the world they left behind. Later, as director of the British School at Rome and head of the Herculaneum Conservation Project, he pursued a mission to preserve Herculaneum, Pompeii’s neighbour and the other, lesser-known victim of the A.D. 79 eruption of Mount Vesuvius.

As controversy rages about Pompeii and the challenges of its conservation, the neighbouring site of Herculaneum has, thanks to the Packard Humanities Institute, seen a 15 year experiment in trying to preserve some of the most precious remains of antiquity. Why does it matter to preserve an ancient site? What new insights into Roman life can we gain from doing so? The speaker has been involved in the Herculaneum Conservation Project from its inception and will offer fascinating insights on heritage preservation, a subject as relevant for Leicester and Leicestershire as it is for Herculaneum.

Prof. Wallace-Hadrill says: “ For numerous reasons, Pompeii has become a name recognized around the globe over the last two centuries. Herculaneum suffers from being the “little sister.” Crucially, there were no excavations in Herculaneum in the 19th century, when the great modern myth of Pompeii – Last Days of Pompeii – was formed. There have been many important scientific projects at Herculaneum since Amedeo Maiuri relaunched excavations in 1927. Ours was not even conceived as an excavation project, but as a conservation project. It is unique because it is not a dig, but a conservation project, which aims to preserve what has already been excavated, but which even so generates abundant new archaeological knowledge. It is innovative because it is in undertaking conservation not through the state, but as a privately-funded, private-public collaboration.”

Admission to the lecture is free to members. Visitors are welcome and invited to donate £2.00 each, refundable if joining the society.

Tickets must be booked in advance (after 10/2/2016) through Eventbrite using the following link: